It’s a bit like MC Hammer. Food-wise. Though I’d be the first to admit that assigning any dish the culinary equivalent of “You Can’t Touch This” probably doesn’t elicit rampant salivating. But stick with me here. Just, you know, try not to picture Hamm 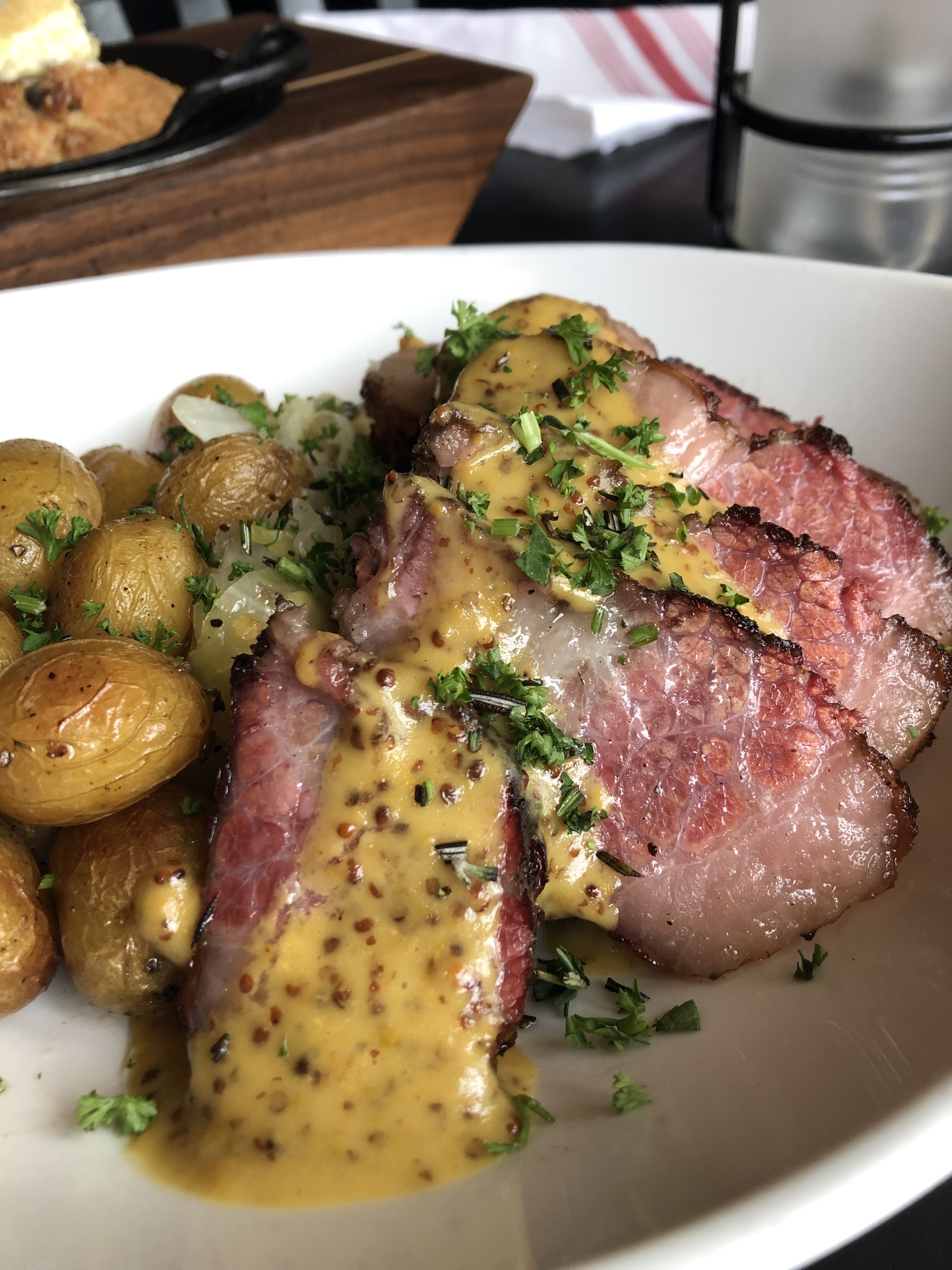 er in those MTV, I-guess-you-call-them pants. Nobody wants to go back there.

I’m talking about Irish food and, well, corned beef and cabbage. If you ask people to name meals from the Emerald Isle that dish is about as far as anyone gets. And then they mumble something about beer and whiskey and, probably, Lucky Charms. You can’t blame them; that culinary bench is – let’s just say – not terribly deep.

That’s not to imply that Irish food isn’t delicious. Or that “2 Legit 2 Quit” doesn’t have its righteous moments. In fact, starting tomorrow, Acme is going so far as to have a whole weekend devoted to St. Patrick’s Day and all the food that holiday implies. Shepherd’s Pie, Irish fish stew, bangers and mash, Dublin-styled lamb curry, and, yes, 48-hour slow-cooked corned beef and cabbage. Lots of goodies. Think of it as Acme comfort food with a distinctly lilting brogue. And all those uber appropriate Celtic beverages. But I promise that we’re gonna play the Hammer soundtrack. Something tells me that conjuring images of him doing the Riverdance would be really bad for business.