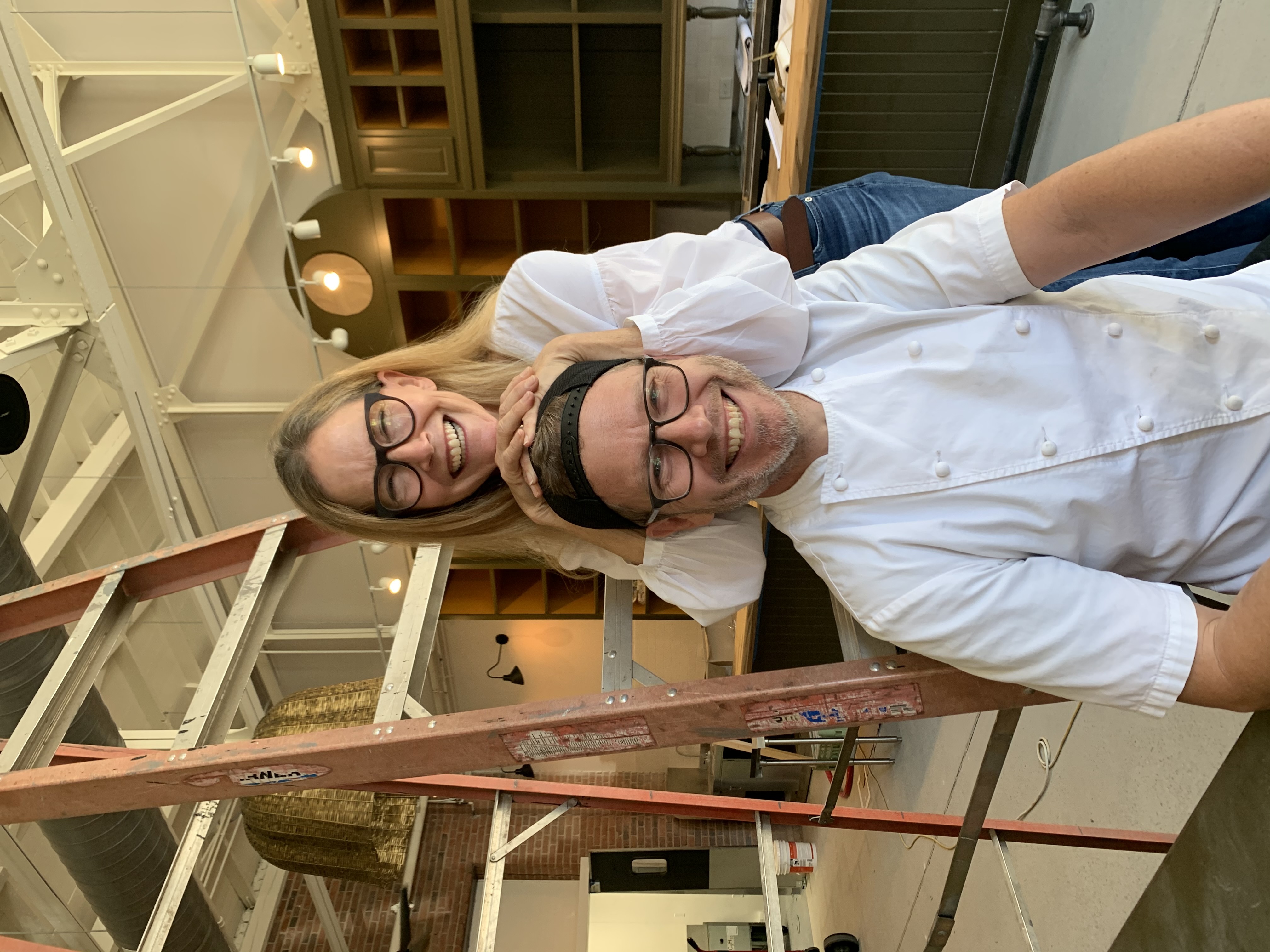 One by one, she brought them home from Chapel Hill. I imagine each recipe as her quixotic attempt at 70’s-style culinary enlightenment for our poor southern souls. Peace, Love, and the Moosewood Cookbook. I distinctly remember the ratatouille. And several run-ins with various renditions of chickpeas that required stealthily devoured pre-dinner ham sandwiches on my part. Looking back, I think that my father ultimately drew the line at tofu. Thank god. But my sister’s cavalcade of enlightenment still might well have killed 12 year-old me if not for the carrot cake and the weighty bran muffins that would also appear. Sugar, my old friend, to the rescue.

Being the youngest has its advantages. You watch and learn. The unspoken advice of sibling mistakes and miscalculations, success and serendipity frame the path you take into the world. There’s no doubt that certain of life’s rivers are easier to ford knowing that someone else has made it to the other 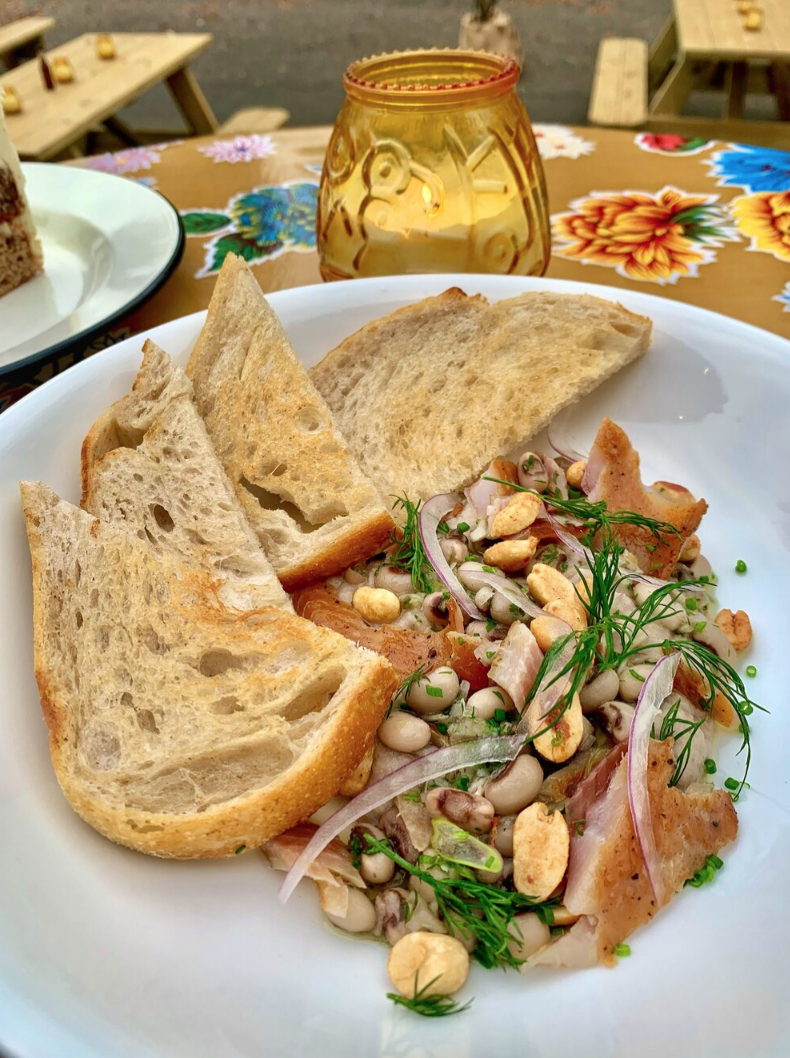 side. And for most of my life it’s been my sister, Lisa, who has left the hard-earned cairns to mark a better way through life’s tumult. And, well, sometimes into it.

There’s little doubt that she led me here. I remember the call so clearly. It was July, 1989. She chastised me about my job prospects and said if I was determined to work in a restaurant, then I could only work at Crook’s Corner. Period. And I listened. Forty-eight hours later I was washing dishes for $5.25 an hour and hurriedly eating a cheeseburger in the kitchen hall. My restaurant career had begun. I don’t imagine that Acme would exist without her sage bit of advice.

I guess that you could say that I am returning the favor – thirty years later. Tonight, my sister Lisa is opening her own restaurant in downtown Durham. It’s called Plum. And it’s gonna be great. Over the years, she’s certainly been witness to my countless mistake 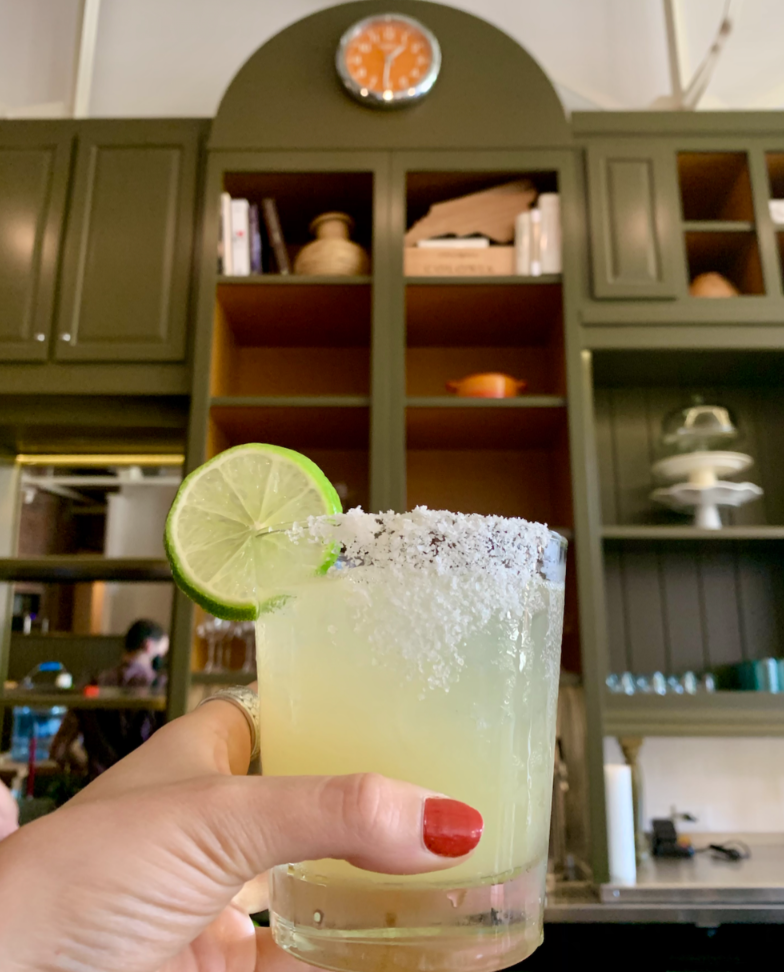 s and stumbles at Acme. But more importantly, she’s also witnessed the profound richness of community and glimpsed those moments of restaurant alchemy when the leaden struggles of everyday life turn to gold. And that’s no small thing.

They say you can’t pick your family. And I get the schtick. But I honestly don’t think that I could have picked a better person to be at my side from the very beginning; it’s a bit of a miracle. Lisa is kind and strong and she laughs at my jokes. And I would move heaven and earth for her to have this chance to shine. So, I hope you’ll join us. And, don’t worry, there’s not a single chickpea on the menu; I’m in charge of the food.

You can take a look at the menu here.

Well, that’s all the news from Durham. The staff at Plum look forward to serving you soon.

P.S. – Please forgive me. Though I’ve never given anyone’s email address to another business, I have enrolled each of you to be a part of the Plum weekly newsletter. You are part of the family, after all. Feel free to unsubscribe when you receive the first missive. But I’m confident that each of you will love the restaurant and I sincerely hope that you’ll give it a shot. I will be writing weekly updates about the menu with vignettes on the great people that are part of the Plum team. Buckle up. Here. we. go.