Perched on the couch I always think it’s silly. Someone is handed an Oscar or Emmy and then tries to thank a million different people before the get-the-hell-off-the-stage music starts. Can’t they just thank everyone succinctly and generically? Come on, does their middle-school drama teacher really need a shout-out?

But here I am. No statuette in hand. And assuredly no designer tuxedo rented for the occasion. But similarly overwhelmed with gratitude. You see, Salt & Smoke VI is just over a week away or in 195 hours, 33 minutes – but I mean, really, who’s counting? (If Salt & Smoke doesn’t ring a bell, check out the video from last year’s festival here.) So, when I stop my work and worry and look at the list of people and organizations that make it possible, I become that person on the stage – a little stunned staring out at the crowd. 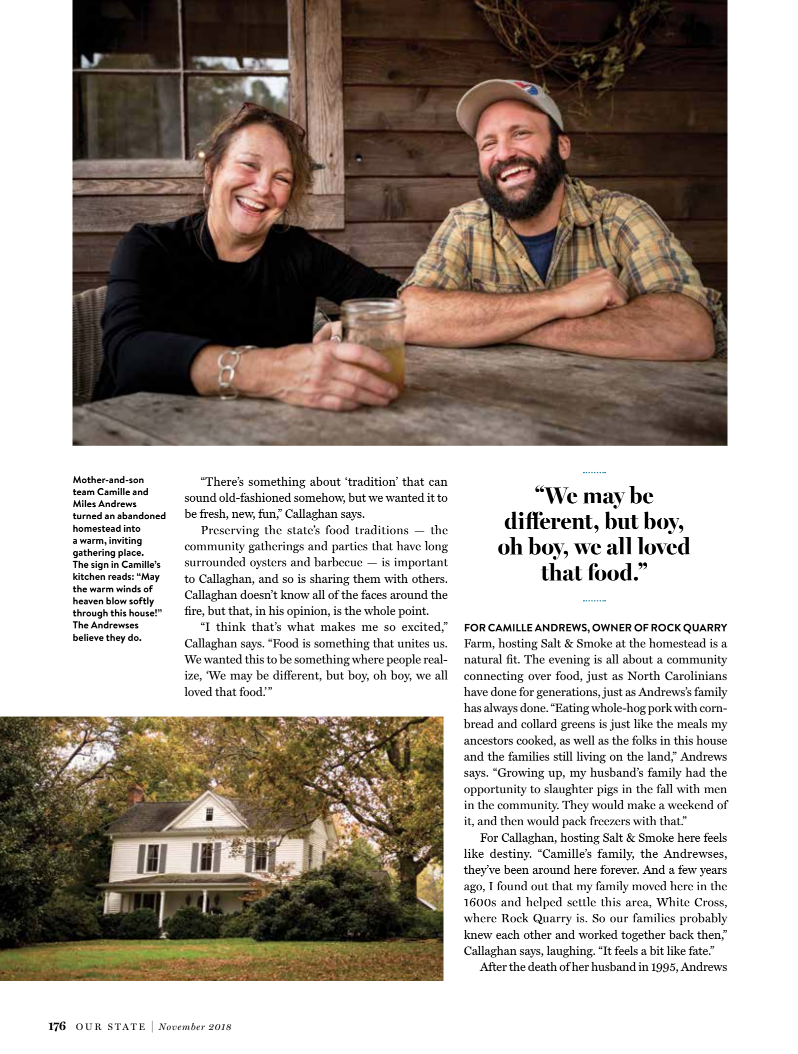 And, of course, all of you – the invisible strings that weave this community together. Because the magician and music, the bonfire and beer, the cornbread and cornhole are nothing without you. Without the laughter and dancing, the conversation and community. That’s the real magic. I get so excited just thinking about it. And for those of you who haven’t purchased tickets, we do have some left. But only so many. Because at some point Salt & Smoke will sell out. Then, well, it will be an entire year until the next “best party of the year.”

The Staff at Acme and Salt & Smoke