Most of them are handwritten. Simple index cards, often front and back, the name of the dish underlined at the top left. Each one is attributed deliberately in parenthesis “(Clara, Mrs. R. D. Bunn)” at the top right. There are hundreds of them. My grandmother organized the recipes by type in small plastic boxes. Her recipe box that sits in my kitchen is orange.

At some point my grandfather transcribed a good number of the recipes, typing them onto those same 3 X 5 index cards. I’m pretty certain his predilection for sweets informed the decisions regarding which recipes to preserve; behind the well-worn tab marked “Desserts” sit the majority of his efforts. God love that man. 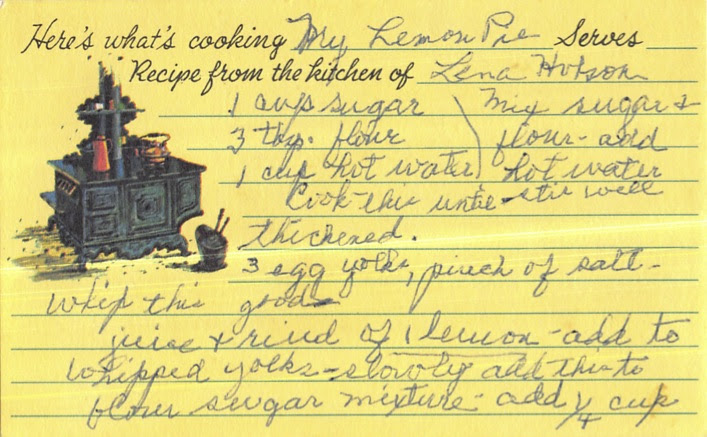 But it specifically was pie that was my grandmother’s specialty. She was a master; the way her fingers effortlessly fluted a pie crust in seconds. And it wasn’t without reason. After their marriage, my grandmother was the breadwinner in the family. My grandfather was in graduate school at Clemson so she alone paid the bills by making and selling pies. So, so many pies. Day after day after day. She sold them for a nickel apiece to professors and students and, well, whomever in that small college town. 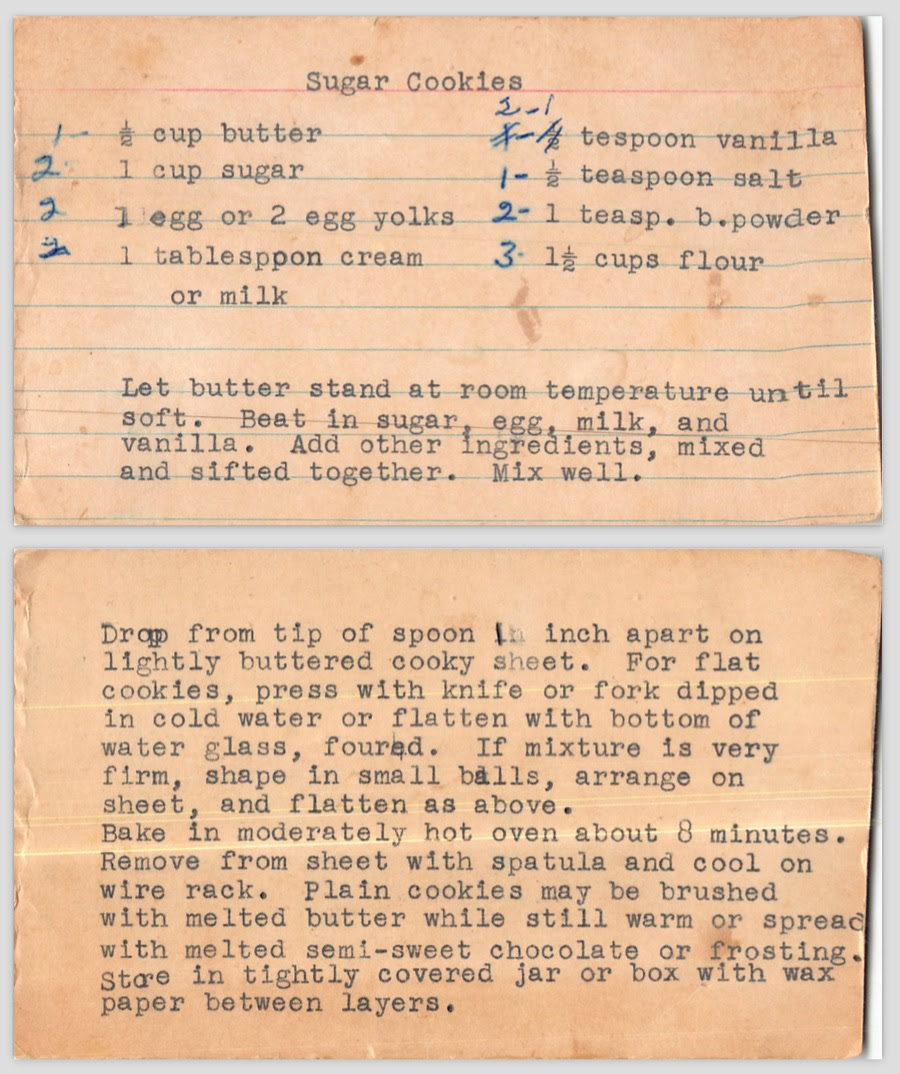 It was 100 years ago exactly when she sold her first pie. My mom would be born 14 years later, their fifth and last child. By then my grandfather was the superintendent of schools for York County, SC. And my grandmother’s career as a for-profit baker was over. However, Sunday supper at her house wasn’t complete without one of her magnificent pies. I often wonder what she’d think that a century after she started selling pies her youngest grandson would be doing the same thing. Just in a different southern college town. I hope that she’d be proud.

Next week would be my grandmother’s 121st birthday. And on Thursday, October 10th, we are going to honor her legacy by selling slices of pie at Acme for 5 cents. Until we run out. That’s a pretty sweet deal, if I do say so myself. Unfortunately, I don’t think I’m going to put my daughters through college on the proceeds.

And if you are looking for the recipe for a perfect fall day, here’s a tip: Salt & Smoke VII. Join the nearly 300 people who’ve already bought their tickets to our seventh annual celebration of southern food and drink and music. Saturday, November 9th. 1:30 – 6:30 pm @ beautiful Rock Quarry Farm in Orange County. If you want a primer, click here. And if you want a great time, well, click here. Isn’t it time you #GetYourSouthOn?