There are lots of ways to celebrate. Lots. According to Hollywood, good number of the best involve Las Vegas. That is not in anyway to disparage the more typical celebrations that don’t involve Vegas, veering instead towards a bucolic, family-centric theme of puppies and iced tea and neighbors you’ve never met. But for Acme’s 20th anniversary, we couldn’t take everyone to Vegas. Sadly. And the puppy idea would get messy fast. Cute, for sure – but messy. So, instead we’re going to throw down Acme-style. Because what happens in Carrboro, stays in Carrboro. 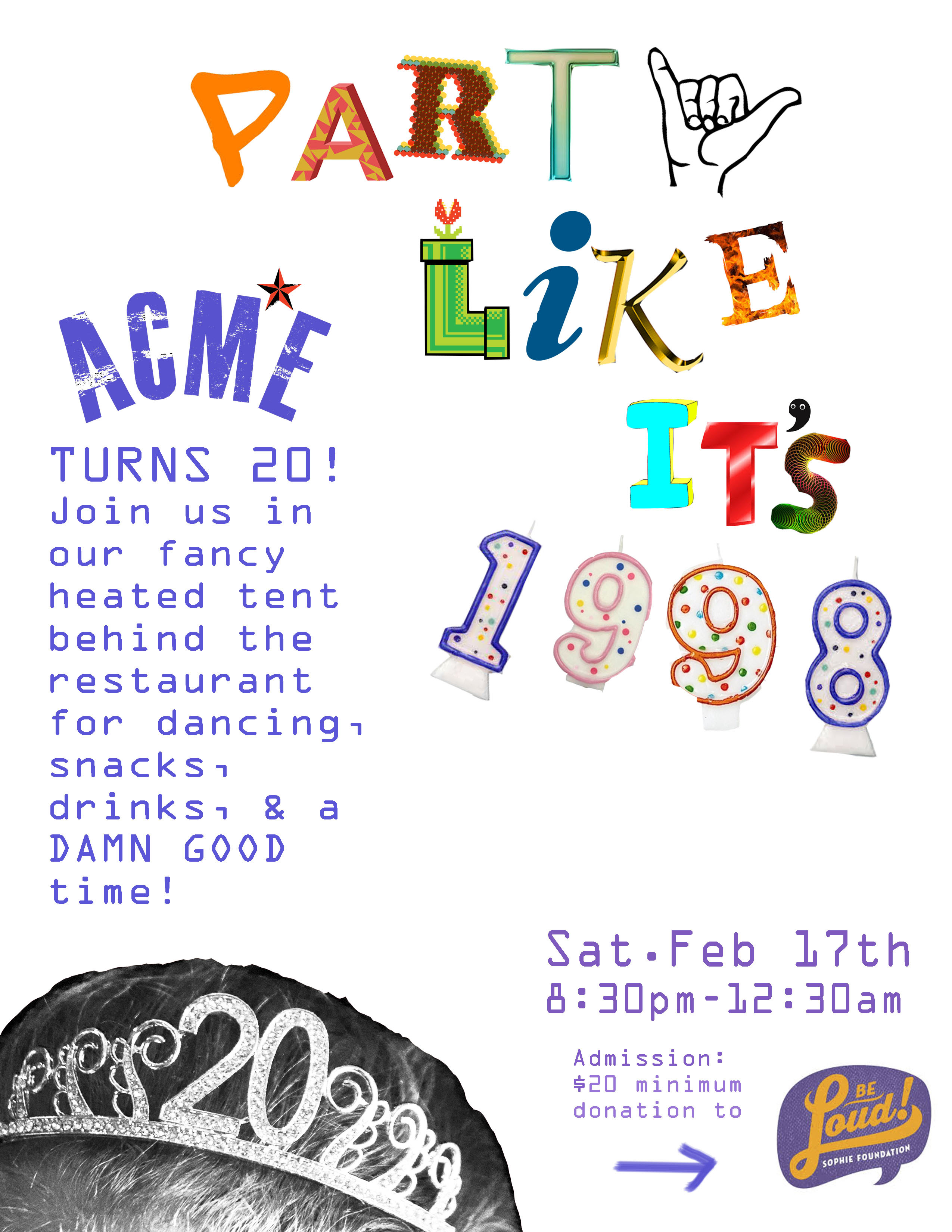 This Saturday night, Acme is throwing the party of the year. We are putting up an enormous big top behind the restaurant and rolling out the red carpet for every single one of you. It’s going to get started at 8:30 and run until the music dies. Or until the sun comes up. The party celebrates our 20 years in Carrboro and all the great people (ahem, you) who’ve made this milestone possible. It’s also a fundraiser for our good friends at the Be Loud! Sophie Foundation. We’ll have music and food and dancing and booze and cake. Really, what’s not to love?

Speaking of love and celebrations, today is Acme’s Oyster Half-y Hour. Perfect Shooting Point Oyster Co. Hog Island Salts served on the half shell. All at half-price for half the night (5:30 – 7:30). Just imagine; a dozen plump, salty oysters for a mere 12 bucks. And what better way to celebrate surviving Valentine’s Day.

The staff at Acme