I could only see the smallest part. A hard brown nub about six, maybe seven feet up. I pulled myself onto a branch and stared at it for what must have been 20 minutes. Until then my sole tangible measure of time was the clearly dated pencil lines on the frame of our kitchen door duly marking all the children’s heights on their birthday written in my mother’s precise and elegant script.

By the next year, the metal nub was gone. And just like that, the good-luck horseshoe that my brother helped me nail to the pin oak in our backyard was completely swallowed by the tree. The rough bark that grew over it didn’t even leave a trace. No one else would ever know that there was a horseshoe hidden there. And now, 40 years later, I am the only one left to remember that moment in time, sitting on my brother’s shoulders, laughing as I wobbled, both of us too lazy to get a ladder from the garage. 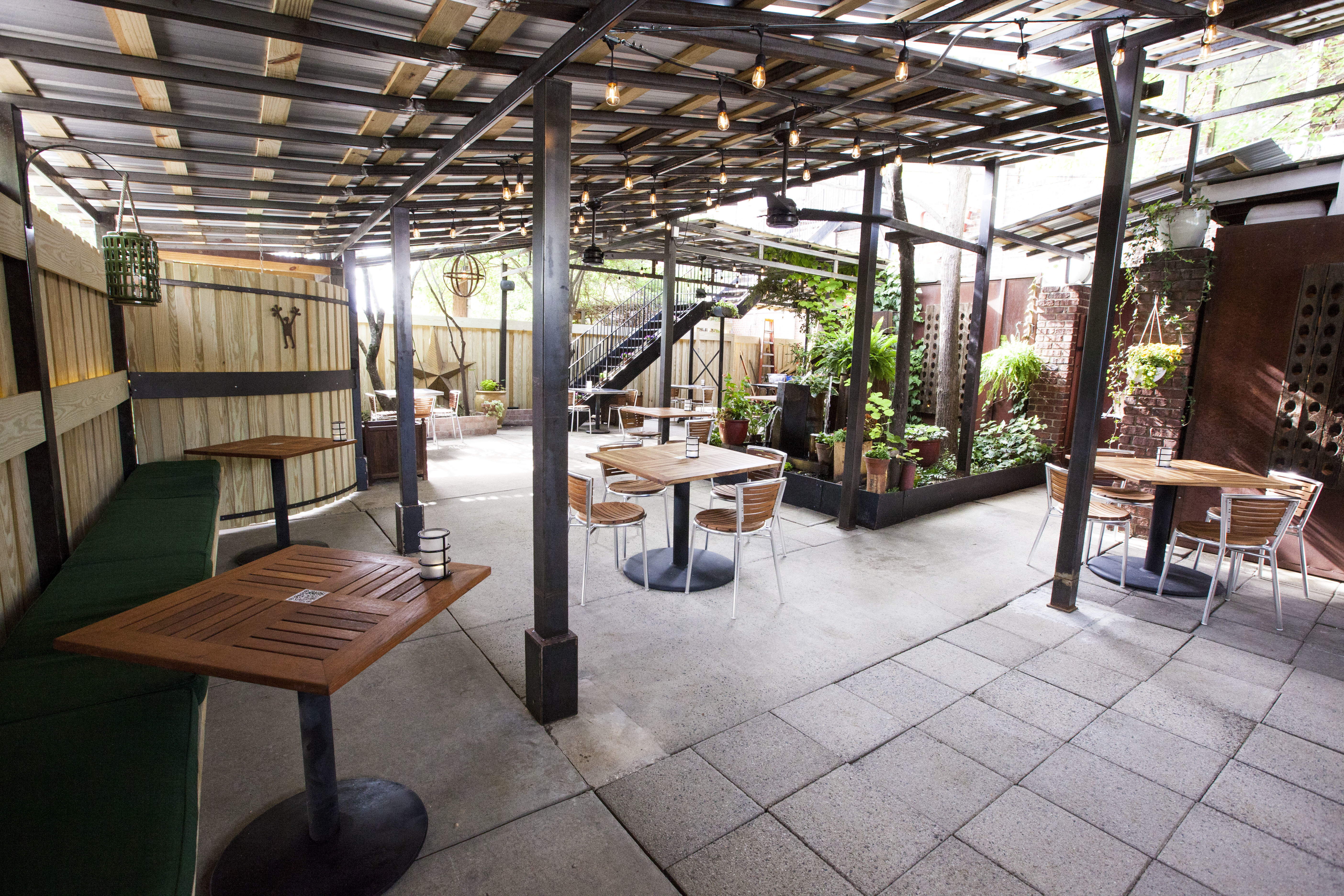 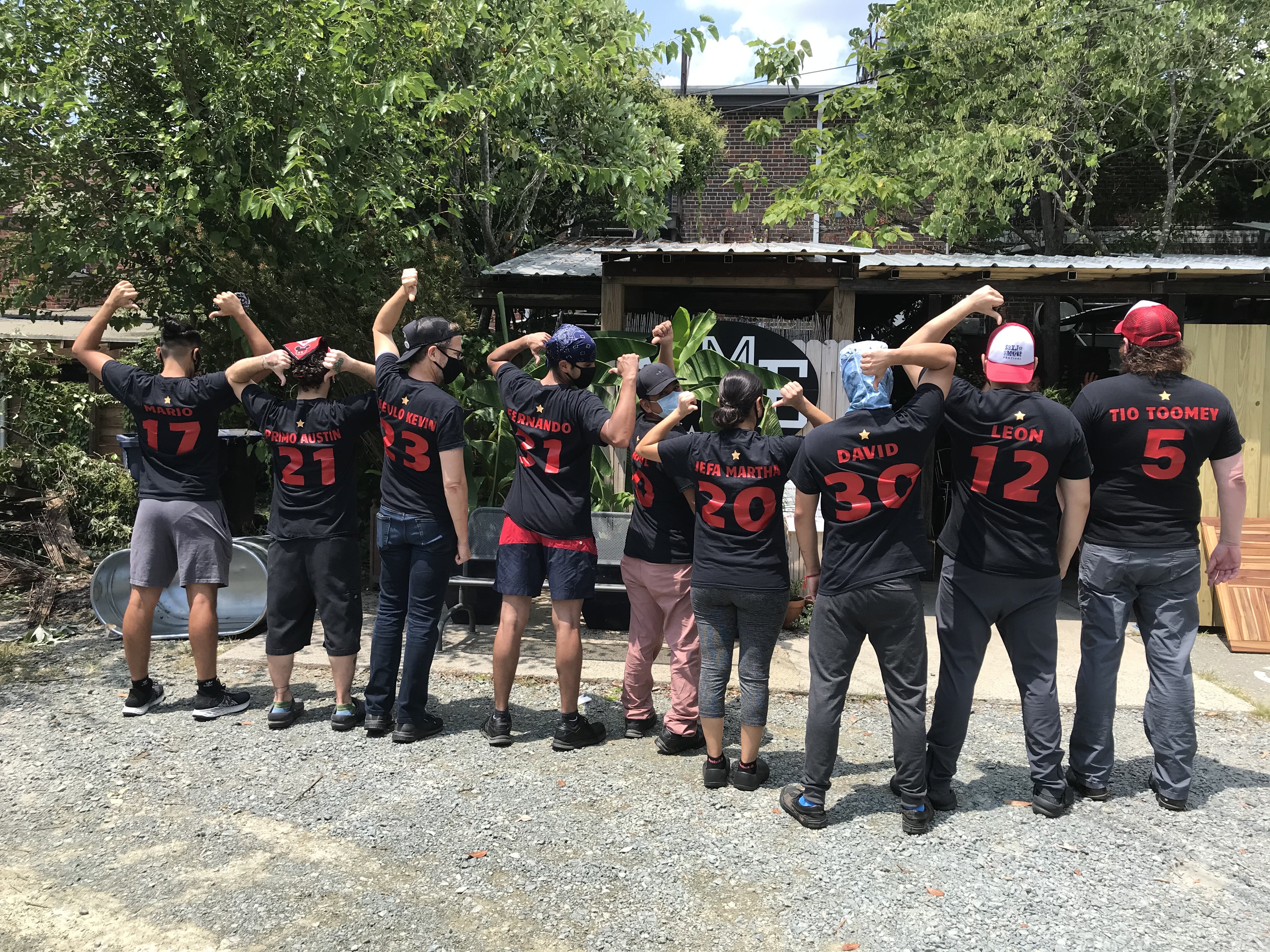 world turned upside-down. During those first days I had no idea what was coming. Someone I trusted told me it would last two weeks. Tops. I went with that. I could deal with two weeks.

Alas, my friend was wrong. By, you know, a smidge. And as summer turns to fall in Carrboro there is still no sincere clarity about when restaurants will be restaurants again. If ever. The business challenges are very real. And of course that scares me. I love Acme with all my heart. And I love it fiercely. 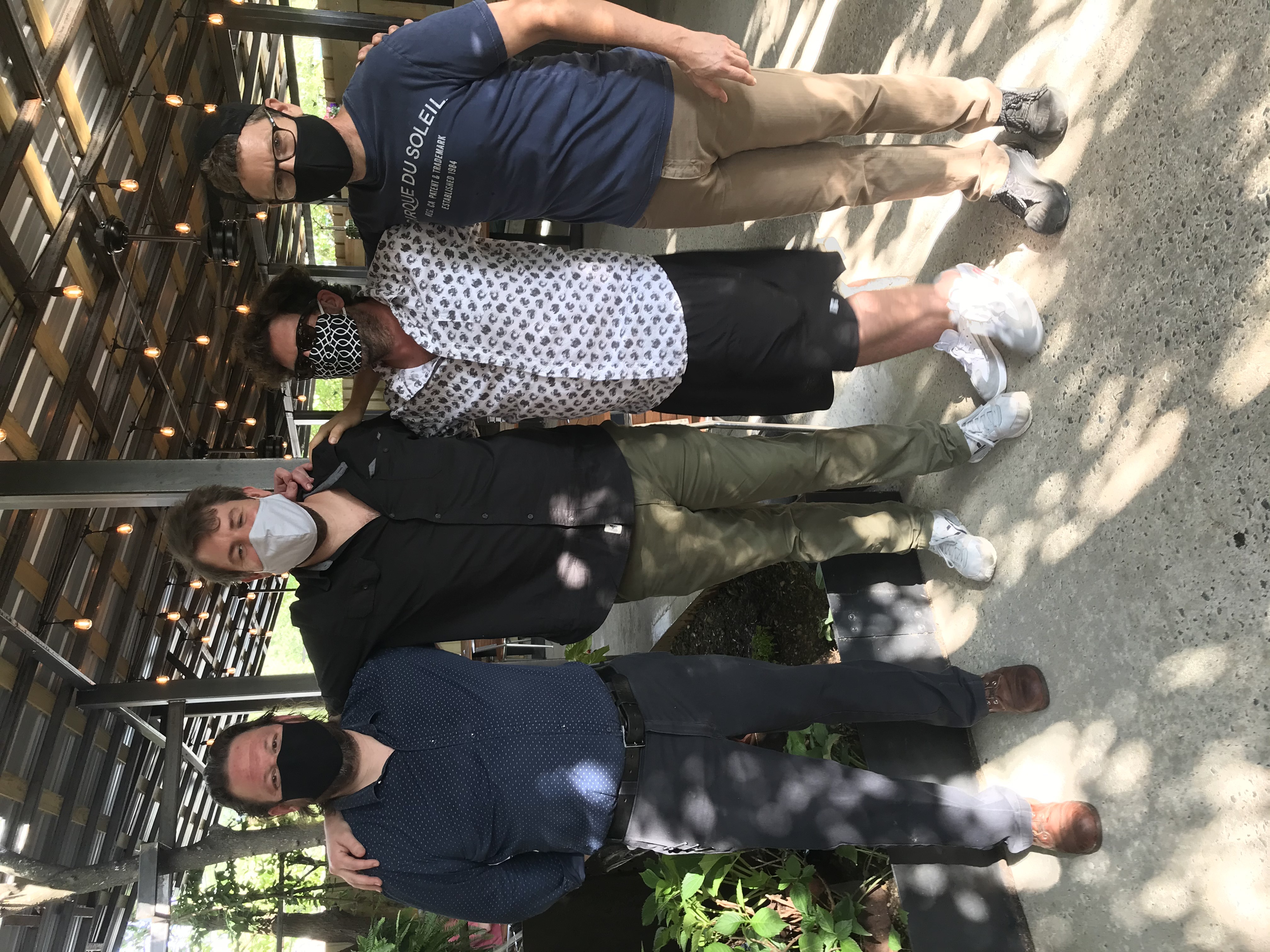 But strange as it seems, these months have also been a boon. Before the pandemic I think that I was always afraid to admit how much I needed all the various people who make the restaurant come to life night after night, year after year. All that made me feel too vulnerable, too weak and scared. Years ago, I laughed at the concept that restaurants were the last great monarchy. Please. Have you met me? So it’s no surprise that I don’t actually remember digging that moat. Or when I added the crocodiles. 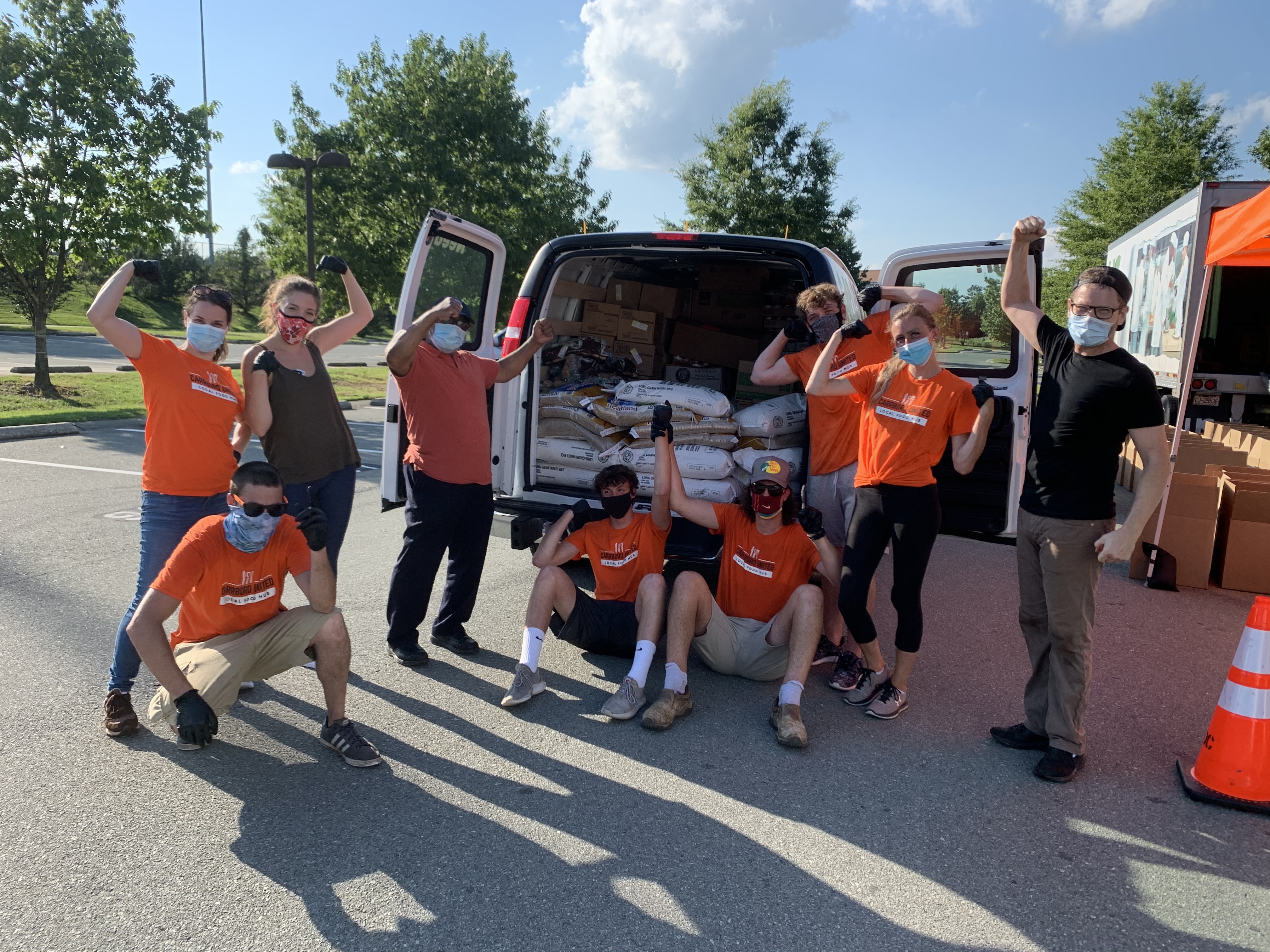 During the pandemic my denial has shifted; I’ve begun to fill in that moat, albeit slowly. And most of the crocs have been chased off. Those long held swords of fear are daily being beaten into plowshares of gratitude. Gratitude for this great restaurant team 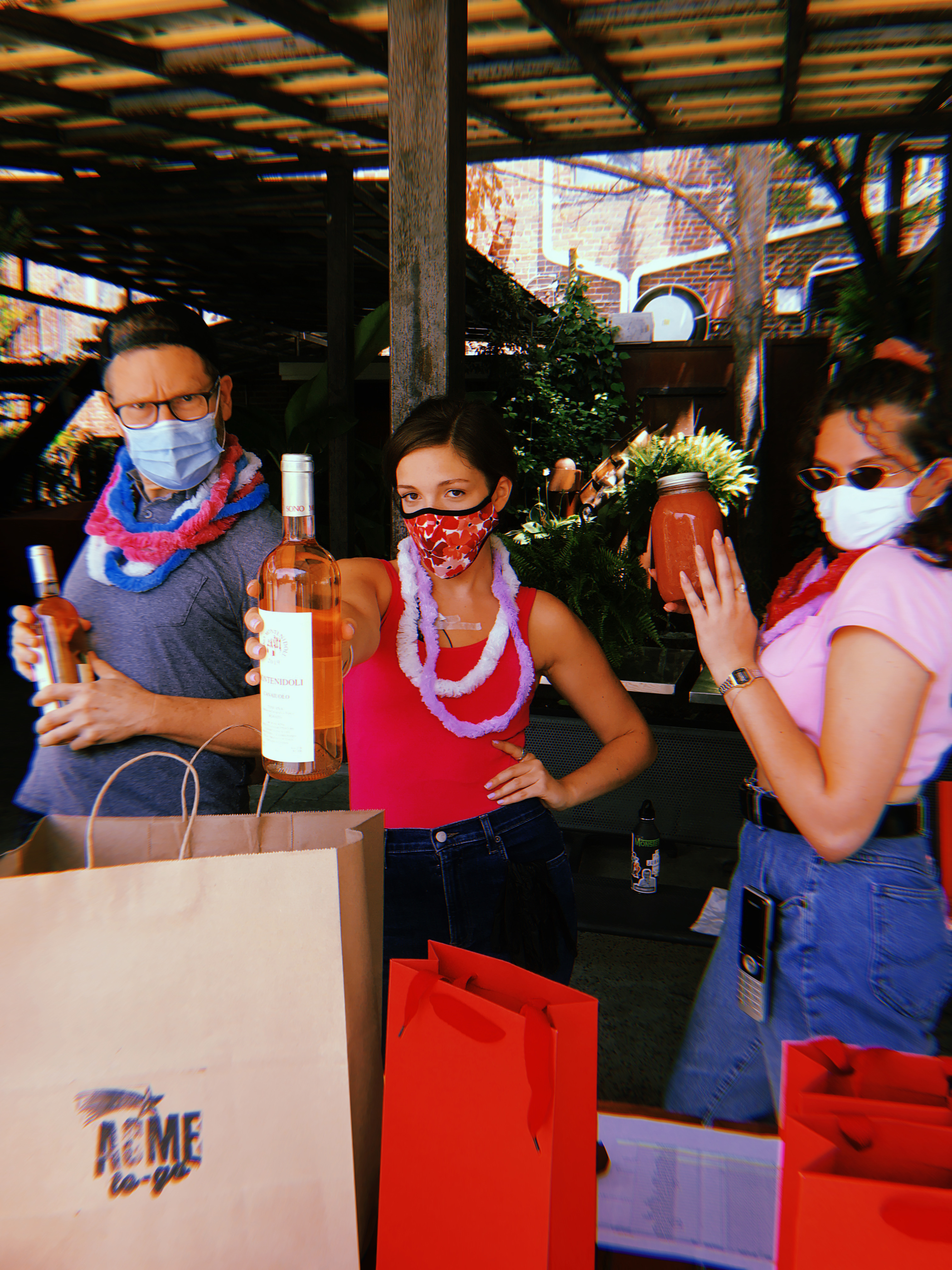 that has risen to the occasion at every turn despite unquestionable hardship. And mostly, deep gratitude for all of you, our guests and friends and neighbors who have had our back through it all. Day after day. Rain or shine. It still amazes me. And humbles me. Your steadfast belief and support of our craft and community remains my north star. I’m learning that I can’t do what I love without every single one of you. And, well, that I wouldn’t want to do it without you either.

At some point this tragic pandemic will be undoubtedly swallowed by time. But I will always remember it as a time when I stood, however wobbly, on the shoulders of so many loyal strangers. The lucky talisman – now as before – the memory of the strength and generosity and grace holding me aloft.